Browse: Home   /   A sequel for The Tapping Dead 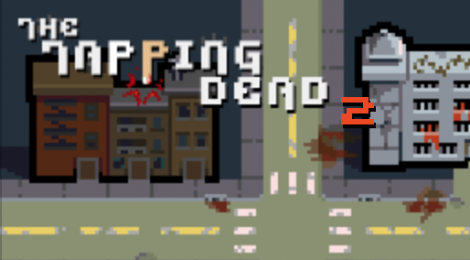 A sequel for The Tapping Dead

The Tapping Dead was released last year and has been downloaded 1 million times across iOS (18%), Android (82%) and BlackBerry (less than 0.1%).

1 million doesn’t sound that big. But considering that it was our first mobile game, it was made in 2 months by 2 persons with very limited budget and we never spent a dollar in marketing, I would call it a decent start.

Crazy Cricket originally was a 3-yr plan, but couldn’t survive even it’s first year. We had a guy funding the studio, but he got a very unlucky 2013 and some of his business crashed and burned. So, we had to close the studio.

But even after closing, as a last resort, we tried a very unsuccessful Kickstarter campaign for a sequel of the game. We received modest media coverage, and we even made it into Fox News San Antonio. But still the campaign failed to even achieve 1%.

It has been 6 months since then, I’ve done some freelancing (games, apps and random stuff) and now I’m in a position where I can think about doing a sequel.

For this game I’m going to take my time, I won’t try to rush it in any way. So this time it may take around 6 to 8 months, while I work on side projects to pay bills.

My development tools will be:

I’ve used parts of Citrus Engine in other developments (like Mars Xplorer). But now I feel confident enough to use it as the base of the project. Along with a library that I’ve been building (called Robot Mexican Monkey, long story), which mostly handles object pooling, bring some helpers for Starling and Feathers and stuff that I often use in games.

And that’s it, I’ll give some good use to this blog and will post updates about the game. For now I’m starting to prototype ideas, I’ll try to stay close to the original concept but enhancing the things you can make on screen (like activating switches, moving objects and stuff like that). I have a pretty nice idea to start but it will evolve in the next months. But I’m sure about one thing, it won’t be a F2P. I’ll focus on a premium game experience so I can have less generic stuff.

Thank you for reading!